Today there are illegal drugs valued at more than $649,665 and more than $350,000 in cash related to
illicit drug sales, off the streets, following a lengthy operation by the Narcotics Enforcement Task Force,
known as NETFORCE, led by the State Attorney’s Office 20th Judicial Circuit. Many agencies are involved
to make NETFORCE a success.

NETFORCE covers Lee, Collier, Charlotte, Glades, and Hendry Counties. It includes all five sheriffs’ offices
within the 20th Circuit, as well as the Cape Coral Police Department and the Fort Myers Police
Department.

Today, as a result of a collaborative effort by local, state, and federal law enforcement agencies, a longterm NETFORCE investigation into several local drug trafficking organizations has culminated in the arrest of 41 people accused of being drug traffickers, or their associates, from throughout South Florida.

The investigation initially began in the City of Fort Myers and was focused on identifying and eradicating
major narcotics suppliers within the city. During the investigation, law enforcement identified multiple
individuals who are allegedly responsible for the distribution of cocaine, heroin, fentanyl, and
methamphetamine within the city, and throughout Lee County.

As the investigation progressed, the Fort Myers Police Department (FMPD) identified targets that were
also distributing narcotics in Collier County. The Collier County Sheriff’s Office (CCSO) then began a
parallel investigation to identify and dismantle the drug trafficking operation that was operating within
Collier. During its investigation, CCSO identified numerous individuals allegedly responsible for the largescale distribution of many dangerous narcotics, including cocaine, heroin, and marijuana.

During the course of the investigation, FMPD and CCSO purchased or seized approximately: 16 kilos of
cocaine, 15 oz. of fentanyl, nearly 12 pounds of marijuana, and 35.5 oz. of methamphetamine, with an
approximate total street value of $649,665.

The criminal targets involved in this case are accused of conspiring to traffic in a total of: 26 kilos
cocaine, 13 ounces heroin, 30 pounds marijuana, 118 oz. fentanyl, and 85 oz. methamphetamine, with a
street value of $1,302,700.

The individuals arrested are accused of being part of drug trafficking organizations which have plagued
Southwest Florida. This NETFORCE operation is the start of continuing cooperative efforts among law
enforcement agencies and an ongoing commitment to fighting drugs and making Southwest Florida a
safer place for its citizens. 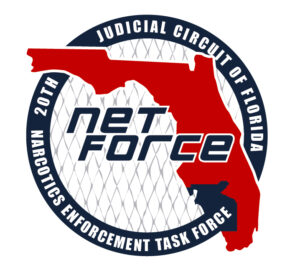 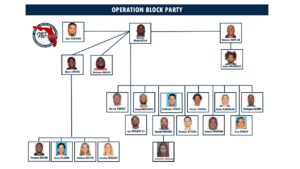 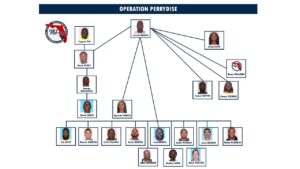 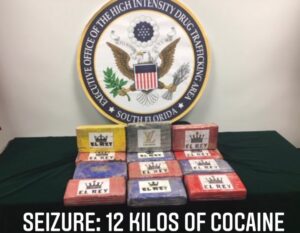