The Narcotics Enforcement Task Force, known as NETFORCE, led by the State Attorney’s Office 20th Judicial Circuit, continues to work on the initial operation announced at our press conference on September 3rd.  Over the weekend three more suspects were arrested and $313,720 in cash seized.

These recent arrests, along with the arrests from last week, now total 43 as part of this investigation. Those arrested are accused of being drug traffickers, or their associates, from throughout South Florida. It also brings the total cash seized to more than $660,000. NETFORCE has also seized illegal drugs valued at more than $649,000. 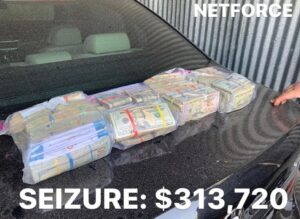